Since Google introduced featured snippets in 2015, there has been plenty of talk how these snippets affect the performance of the organic results present on the SERP.

Ahrefs took it upon themselves to provide a definitive answer to this question and found, in a study of over 2 million featured snippets, that featured snippets have a resoundingly negative impact on organic search results. 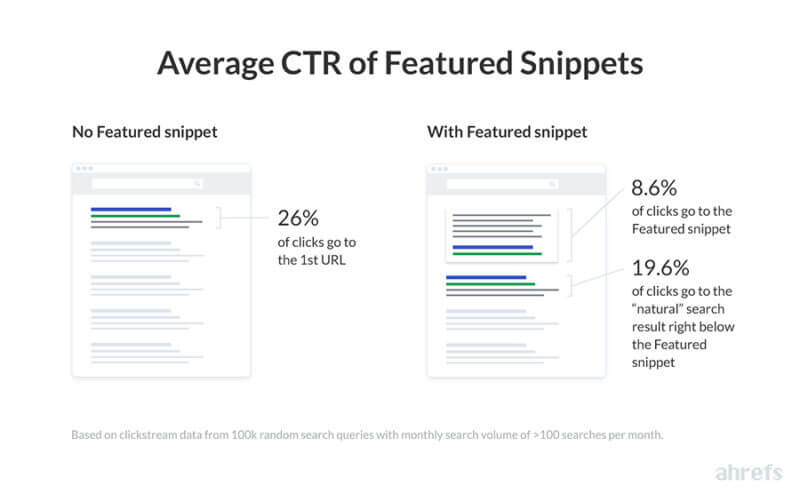 The other results are also negatively impacted, and the study found that the presence of a snipped resulted in fewer clicks overall for the organic search results. 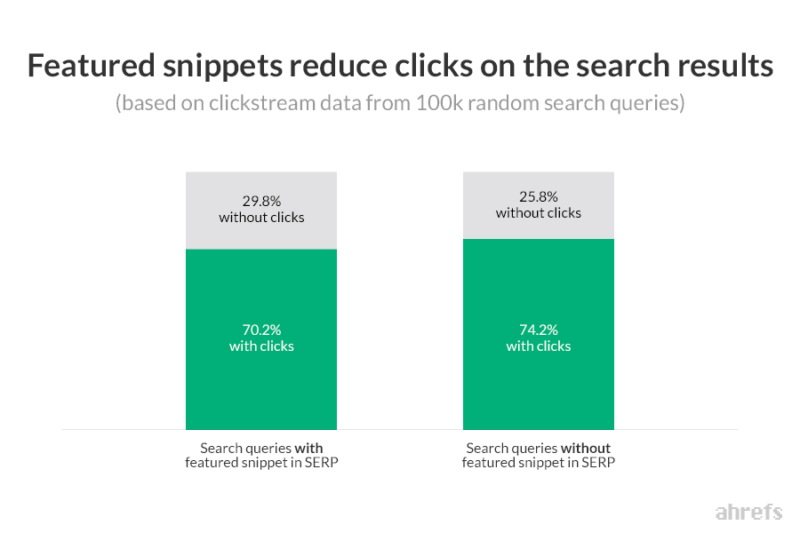 Why Should You Care?

Appearing in a featured snippet that’s associated with your keywords should be a goal – because if you’re not in them, they’re stealing your traffic.

Unfortunately, appearing in a featured snippet is more difficult than it sounds – especially if you’re a small website competing with a giant like – say – Wikipedia (who have the most featured snippets by far), but here are some tips and some tricks you can try.

On a higher level, the move that Google has made (and continues to make) toward reducing the need for users to click through into a search result is a trend we’ve been seeing over and over again.

From featured snippets to knowledge graph to the latest ‘Buy Now’ beta program, it’s obvious that Google is keen to try and keep users within their ecosystem. What does this mean for the future? Nobody knows for sure, but we’re keeping an eye on developments and will continue to keep you posted.

Our resident wordsmith’s love of digital lured her over from advertising to the online space, where she fell in love with content marketing. Since coming to the online world Steph has made her mark on all outgoing CleverClicks copy and is passionate about using words to build brands. Her obsession with the writing is rivaled only by her love of trail running, yoga and green juice. When she’s not submerged in content strategy you’ll find Steph in Downward Dog.

Stay In The Know

Cut the clutter and stay on top of important news like this. We handpick the single most noteworthy news of the week and send it directly to subscribers. Join the club to stay in the know…

We use cookies to provide a better web experience, and improve how we interact with our visitors when they engage with us through newsletters, forms or web-chat conversations. By continuing on our website, you acknowledge that you have read and accept our cookie policy.OK, I accept cookiesCookie policy