The world of search is forever changing, that's a given, but every now and again there are changes that directly affect many online businesses. What do we do? We learn, we plan and we adapt. That 3 step process can often seem daunting as it is another challenge to overcome. Cleverclicks sees it as part of the process and actually we love changes, it's all part of the fun.

Today we’ll look at 2 changes being implemented by Google, 1 affects SEO and the other PPC.

Rolling out in May this year, core web vitals will be a ranking factor, and if implemented correctly, your website may receive a ranking boost. In a nutshell Core Web Vitals concerns website speed and UX and is made of 3 elements: 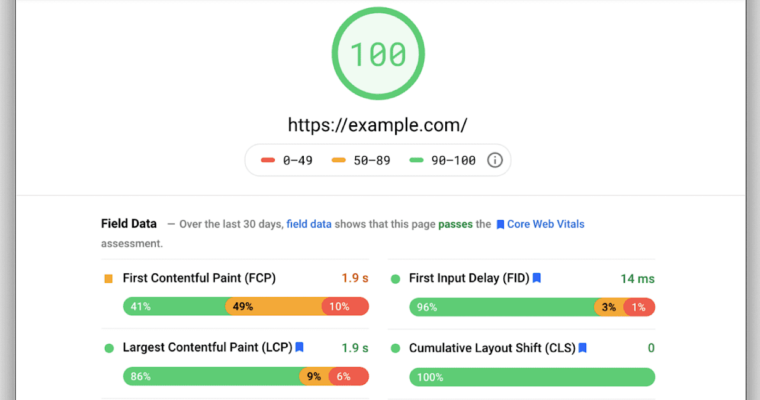 Google states that it is important for all 3 core metrics to be met in order to receive a possible ranking boost. There is even a suggestion that Google will be applying a Badge on the Search Results Page which will display to potential visitors if these elements have been met.

Why Do We Care?

It's’ not often that Google hints and rankings boosts when certain algorithm changes take place so this is a rare occasion. Core Web Vital at its “core” is focused on the speed at which a potential customer can interest with your website as well as the experience they have when they get there. Provide a fast and easy to navigate website to your users and you will have this update in the bag.

In Google Ads, the way in which keywords will be shown is changing in February. Phrase match keywords, which are a series of keywords which tells Google that they must be shown in that order, will now include broad match modifier keywords and support for “BMM” keywords will end.

What this means is that if we have a phrase match keyword such as “buy purple shoes online”, previously an Ad would only show if someone searched using all the keywords in that order. With the change, an ad may now show if some searches “buy online purple shoes”.

Here is a visual example of the change- 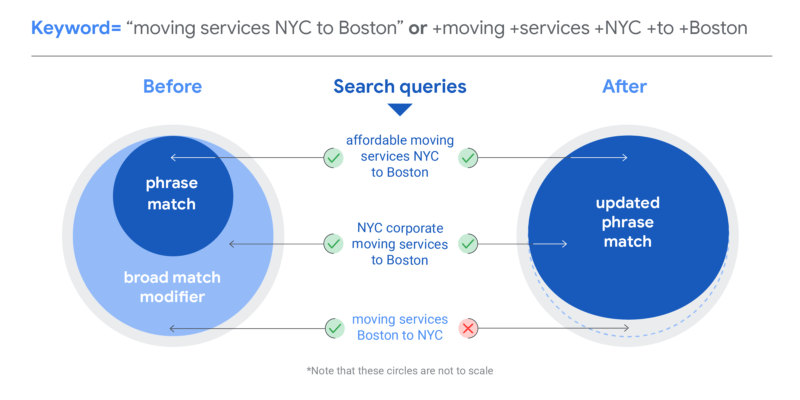 This change could affect impressions, keywords triggering ads and other main metrics in accounts. This is something we are aware of and Cleverclicks will be monitoring our client accounts carefully.

Google does state that it will continue to respect keyword word order when it's important to the meaning or intent of the search. As Google’s machine learning algorithms become more sophisticated, they become better and better and understand search intent, which is at the core of why the change is happening.

Below is an example of what keyword match types will look like before and after:

“We’ve seen that phrase match and broad match modifier often serve the same use cases, and that you can reach more of the right customers through a combination of the two,” Google said.

Why Do We Care?

Google has made a number of changes to how keywords function over the years and this change is no different. Over many years, Google has taken away the control that match types once offered in exchange for the promise of more and better automation. In that regard, this update is no different.

Below is a brief history of Google’s main keyword updates:

This change could potentially save advertisers time managing keywords as Google gets better at understanding search intent, but it will also mean more time at first re-calibrating campaigns depending on traffic, conversion, conversion rate and any new search terms changes that may come up.

This may mean more time at first, but may mean less keyword research in the future as many ad groups could survive in just a handful of fundamental search terms where Google understands a spectrum of intent.

Stay In The Know

Cut the clutter and stay on top of important news like this. We handpick the single most noteworthy news of the week and send it directly to subscribers. Join the club to stay in the know…

We use cookies to provide a better web experience, and improve how we interact with our visitors when they engage with us through newsletters, forms or web-chat conversations. By continuing on our website, you acknowledge that you have read and accept our cookie policy.OK, I accept cookiesCookie policy